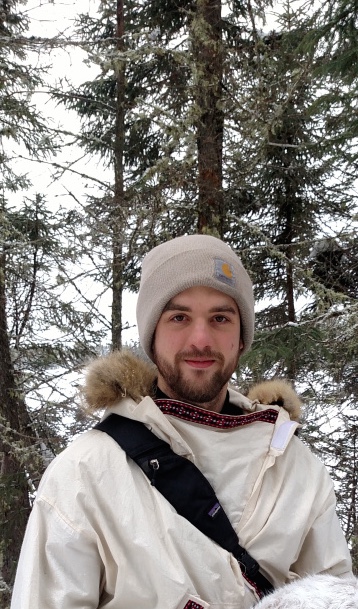 Ben grew up in the rolling hills of Frederick Maryland. The small but beautiful mountains, woods and rivers that make up the the “blue ridge province” of Maryland provided Ben with ample opportunity to get out and experience the natural world.

It was during his years in high school, while working on a farm in Frederick that Ben’s love of the outdoors and working with his hands began to grow. He had opportunities to work with horses and other livestock, as well as gain experience in various skill sets including gardening, carpentry, operating machinery and stacking lots of hay.

After finishing high school, Ben enlisted in the Marines as an infantry rifleman. Over the course of his four year enlistment, he trained extensively in the US and abroad, deployed twice to Afghanistan and received several personal and unit level awards.

After being honorably discharged from the Marines, Ben went on to follow his passions and, among other things, worked with a nonprofit hunger relief organization in Haiti and the US, competed in several triathlons across the US (most notably the Savageman 70 in western Maryland and a qualifying race for the Xterra world championship on the island of Oahu, Hawaii), spent time learning to freedive in the tropics, toured and recorded with several different musical collectives, lived in a cabin in the mountains of western Maine for a full year and studied with other teachers of traditional skills, including Chris and Ashira Knapp of the Koviashuvik Local Living School in Temple Maine.

Ben is a lover of life and things that grow, an aspiring swing dancer, a mean banjo player, and above everything, dedicated to enjoying all the wonderful things that life has to offer.

Ben completed the fall bushcraft semester in October of 2014, canoed from the field school to East Port during the 2016 Canoe Expedition, worked on the fall 2016 Bushcraft semester as a teaching assistant, traveled to Oujé-Bougoumou Quebec for the Cree trip in 2017, Participated in the Boreal Snowshoe Expedition in January of 2017, and finished all academic coursework in March of 2017.